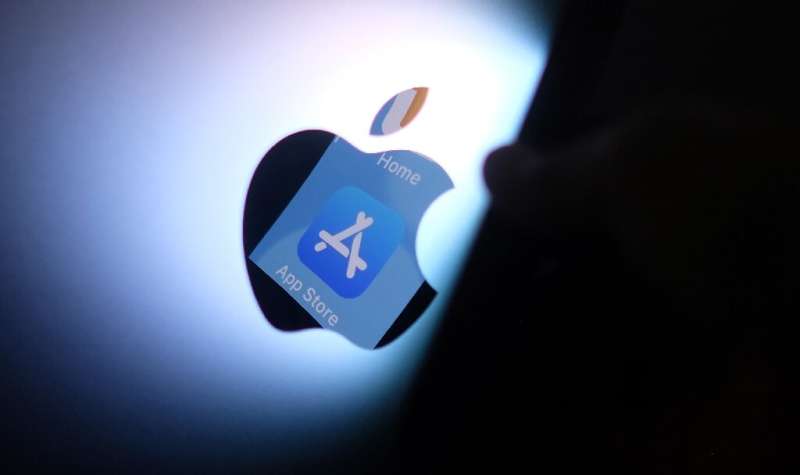 Two developers recently claimed that Apple tracks users' every tap on the App Store, with no way of disabling the function .

Apple presents itself as a white knight on the subject of privacy, but critics say its own advertising ambitions are built on anti-competitive practices.

Two developers going by the name 'Mysk' claimed last month that Apple was tracking users' every tap on the App Store, with no way of disabling the function.

A class action lawsuit was subsequently filed in California, claiming that Apple's "promises regarding privacy are utterly false".

The company has not commented and did not respond to questions from AFP.

But Apple has made protection of user privacy central to its image, and long opposed ads on its platforms.

It threw a spanner in the works of the surveillance capitalism system last year when it gave users the power to easily block apps from collecting data on them.

That move was a nightmare for many apps—from giants like Facebook to small start-ups—who use that data to sell targeted ads.

Meta, which owns Facebook and Instagram, warned in early 2022 that the change could shave $10 billion of its revenue for the year, and it has no doubt played a part in its tanking share price (down 38 percent on the year) and decision to axe 11,000 staff last month.

Meta CEO Mark Zuckerberg said last week that Apple's approach was a "conflict of interest" since it was designed to undermine rivals.

"It's problematic for one company to be able to control what app experiences end up on a device," he said. "(The) vast majority of profits in mobile ecosystem go towards Apple."

The first legal pushback against Apple was launched in France, where an association of online advertisers and content publishers filed a complaint with the Competition Authority.

The judges dismissed the idea that Apple's rules were inherently anti-competitive, but are still investigating whether Apple is applying those rules more favourably for its own apps compared to others.

French app developers have also lodged a case with privacy watchdog CNIL (the National Commission for Technology and Freedoms).

Similar cases have since been launched in Germany and Poland.

Apple refuses to say how much it makes from advertising on its App Store.

Analysts at Wedbush Securities estimate it is $4.5 billion annually, and this could rise to $30 billion if it starts putting ads on its Maps and Apple TV apps, rivalling the big players of Google, Meta and Amazon.

For advertisers, waiting for a legal response is painful.

Source: https://techxplore.com/news/2022-12-apple-critics-privacy-policies.html
We use cookies to ensure that we give you the best experience on our website. If you continue to use this site we will assume that you are happy with it. Ok