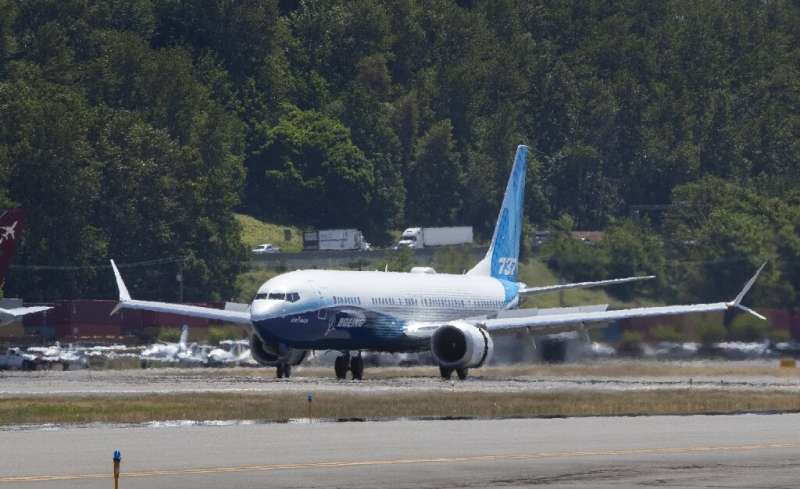 Boeing reported a surprise $3.3 billion loss due to rising costs in its defense business.

Aerospace giant Boeing reported a surprise $3.3 billion third-quarter loss Wednesday as it struggled with swelling costs on several defense programs, including the US presidential jet Air Force One.

The performance woes in defense—which also affected the KC-46 refueling and military transport aircraft and the T-7A Air Force pilot training system—reflects the drag from supply chain problems that have plagued the broader economy, as well as the restrictive nature of the contracts.

Locking Boeing into a fixed-price contract was unwise, Chief Executive Dave Calhoun acknowledged in an interview with CNBC that touched on the company's troubled execution of an Air Force One procurement revamp negotiated with former president Donald Trump.

"It turns out the critics were right. So we didn't get enough price, that's fairly obvious to all of us," Calhoun said.

"The biggest, probably, mistake on... Air Force One was the fixed price nature of it," he said.

"When a program that requires that many agencies and that many things to come to bear on a particular platform, and there's only two of them, that just begs for more of a cost-incentive kind of contract."

The difficulties in Boeing's defense program came as the company saw a jump in revenues in its commercial airplane division following the resumption of deliveries of the 787 Dreamliner and an increase in deliveries in the 737 MAX.

The aviation giant reported a four-percent rise in revenues to $16 billion, which also missed analyst estimates.

On the up side, Boeing reaffirmed it is on track for positive free cash flow in 2022, a statement that temporarily boosted shares. The company also described demand for commercial planes as robust in spite of worries about the broader global economy.

The Alaska Airlines order includes 42 of Boeing's latest MAX plane, the 737 MAX 10, which has still not been certified by US authorities.

Because of a change in Federal Aviation Administration certification requirements enacted by Congress that takes effect in late December, Boeing would likely need US lawmakers to enact fresh legislation.

The earlier 2020 law required the FAA to only certify planes equipped with a flight crew alerting system designed to help pilots prioritize warnings and advisories activated during flight.

The alerting system in the 737 MAX 10 shares the traits in the earlier MAX planes and does not meet the new standards. Boeing has argued the benefit of the MAX 10's "commonality" with earlier versions of the jets, which enables pilots experienced in earlier version of the MAX to easily transition to the MAX 10.

Calhoun said in the interview the company was making its case on Capitol Hill and was "confident" on an extension.

Another question concerns Boeing's presence in China, the only major market where the 737 MAX has not returned.

In light of strong demand, Calhoun suggested Boeing could shift some planes originally built for Chinese carriers to other customers.

"We're free traders. We would love to continue to do business with China, but we're not going to put our investors at risk as we go down this path," Calhoun told CNBC.

"And as we've said before, we continue to de-risk the backlog that we have and the airplanes that we have on our tarmac."

Later, on a conference call with Wall Street analysts, Calhoun reiterated Boeing's intention to "de-risk" its business with respect to China, adding that the company is also "clear-eyed" about rising geopolitical risk.

Source: https://techxplore.com/news/2022-10-boeing-bn-loss-due-defense.html
We use cookies to ensure that we give you the best experience on our website. If you continue to use this site we will assume that you are happy with it. Ok