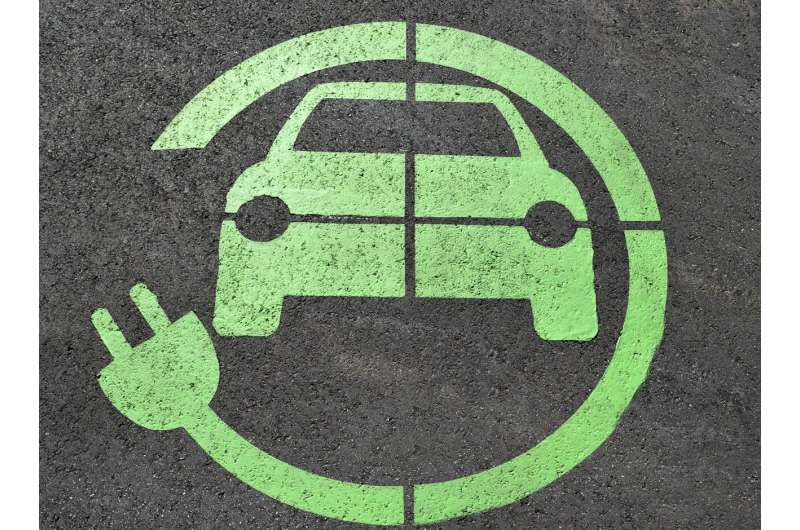 If Denmark is to reach the goal of 1 million electric vehicles on the roads in 2030, the number of charging stations will have to keep up. DTU has created a calculation tool that enables cities and municipalities to analyze how many charge points they will need in the future.

Denmark reached a significant milestone in mid-October—100,000 electric cars on the roads. The amount has almost doubled in a year and increased almost tenfold in a little more than three years when there were only 10,000 electric vehicles. In other words, the development has been supercharged, making Denmark well on its way to reaching the political ambition of one million electric vehicles by 2030 to make road transportation greener.

That makes it essential to expand the charging infrastructure quickly.

"We are looking at a huge increase in electric cars. The more electric cars we have, the more charging stations we need. That is a basic premise for us to be able to reach this number of electric cars," says Peter Bach Andersen, senior researcher at DTU Wind.

He is the lead on the FUSE project (Frederiksberg Urban Smart Electromobility), which is developing and future-proofing the knowledge for an urban charging infrastructure, and for DTU, he has just created a charge point calculator in collaboration with Hybrid Greentech, Dansk e-Mobilitet, and COWI that cities and municipalities can use to calculate precisely how many charging stations they will need in the future.

Even though four out of five owners of electric cars have the opportunity to charge at home, many public charging stations will still need to be set up in the future to support the transition to electric vehicles.

"The need is going to increase quite fast, and in some places, it will double every two years. So it is important to meet the need here and now, but also think about how the need will change in the future," says Peter Bach Andersen.

The number of charging stations has grown dramatically in recent years but has been surpassed by the sales of electric cars nonetheless—and if people see owning an electric vehicle as a hassle, progress can quickly be reversed.

"It could halt the number of electric vehicles sold," says Peter Bach Andersen.

Risk being left behind

According to Elbilviden.dk, there are currently around 7,500 public charge points which covers the need for the current 100,000 electric cars. But the calculation tool shows that in just four years, that need will grow to 26,766. In other words, by 2026, almost 20,000 additional charge points must be installed. By 2030, the demand will require 67,000 charge points if we are to reach one million electric cars.

"That indicates that we have enough charge points for our current needs. But there is no guarantee that we will have enough in five years, and cities risk being left behind if they are not well prepared," says Peter Bach Andersen.

The charge point calculator allows each city to get a specific number for how many charging stations they are expected to need in the future. And the need will be most significant in urban areas as this is where people need everyday charging from public charging stations to make life as an electric car owner easier.

Power up housing and workplaces

If the charging infrastructure is to keep up with demand, public charging stations alone won't do it. It will become increasingly necessary to set up charge points in semi-public places, typically on private property, for a specific and limited group of people, such as housing associations and workplaces.

"This is where you can take advantage of the fact that the cars already spend a lot of time being parked. It's also more convenient than having a fossil-fuel car, as you don't have to look for a charger, and there is no active waiting time because it takes place at the workplace or home," says Peter Bach Andersen.

Semi-public chargers are often cheaper to build as they can use slower chargers, as the cars spend more time parked. Therefore, the charge point calculator gives two numbers—one for the total need for charging stations and one for how many must be public. And that makes a lot of sense according to Peter Bach Andersen:

"I doubt we can reach our goals without semi-public charging stations, and either way, it will be costly. At the same time, it can contribute to a well-developed charging network, where charging stations are established in those areas that makes most sense to the owners of electric vehicles and not only in public spaces," he says.

A survey from Megafon from 2018 shows that up to 60% of the respondents believe, that the public charging infrastructure is insufficient. Thus a great effort must be made to keep up with the development, according to Peter Bach Andersen:

"Many people believe that you can't have an electric car unless you can charge it at home. We want to demonstrate that is not the case."

Citation: Calculation tool enables Danish cities to analyze how many vehicle charge points they will need in the future (2022, December 2) retrieved 5 December 2022 from https://techxplore.com/news/2022-12-tool-enables-danish-cities-vehicle.html

Source: https://techxplore.com/news/2022-12-tool-enables-danish-cities-vehicle.html
We use cookies to ensure that we give you the best experience on our website. If you continue to use this site we will assume that you are happy with it. Ok