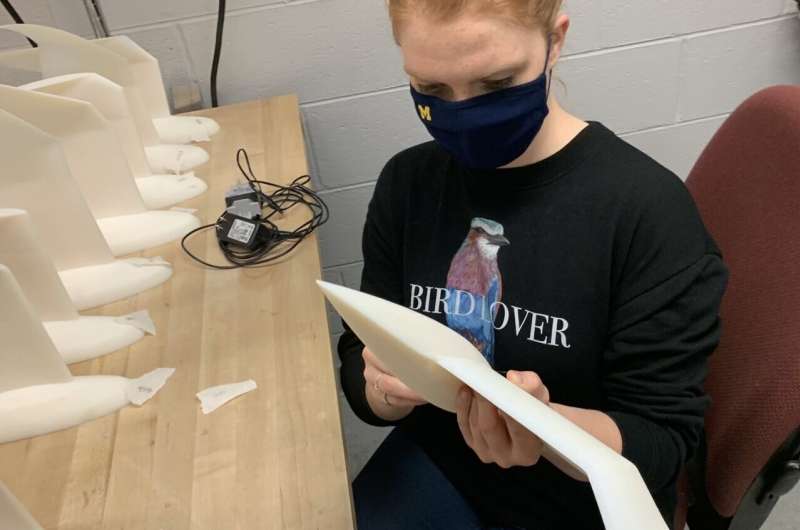 People have been fascinated by bird flight for centuries, but exactly how birds can be so agile in the air remains mysterious. A new study, published Sept. 5 in Proceedings of the National Academy of Sciences, uses modeling and aerodynamics to describe how gulls can change the shape of their wings to control their response to gusts or other disturbances. The lessons could one day apply to uncrewed aerial vehicles or other flying machines.

"Birds easily perform challenging maneuvers and they're adaptable, so what exactly about their flight is most useful to implement in future aircraft?" said Christina Harvey, assistant professor in the Department of Mechanical and Aerospace Engineering at the University of California, Davis and lead author on the paper.

Harvey began studying gulls as a master's student in zoology at the University of British Columbia, after earning her bachelor's degree in mechanical engineering.

"Gulls are very common and easy to find, and they're really impressive gliders," she said.

Harvey continued her work on gulls as a doctoral student at the University of Michigan. She recently joined the faculty at UC Davis after completing her Ph.D in aerospace engineering.

In March this year, Harvey and colleagues at the University of Michigan published a paper in Nature analyzing the flight dynamics of 22 bird species. While previous studies have tended to focus on aerodynamics—how air moves around a bird—Harvey developed equations to describe birds' inertial properties, such as the center of gravity and the neutral point, where aerodynamic forces can be consistently modeled as point forces.

In their Nature paper, Harvey and colleagues showed that almost all the bird species studied are capable of both stable and unstable flight and use wing movements to shift between these modes. 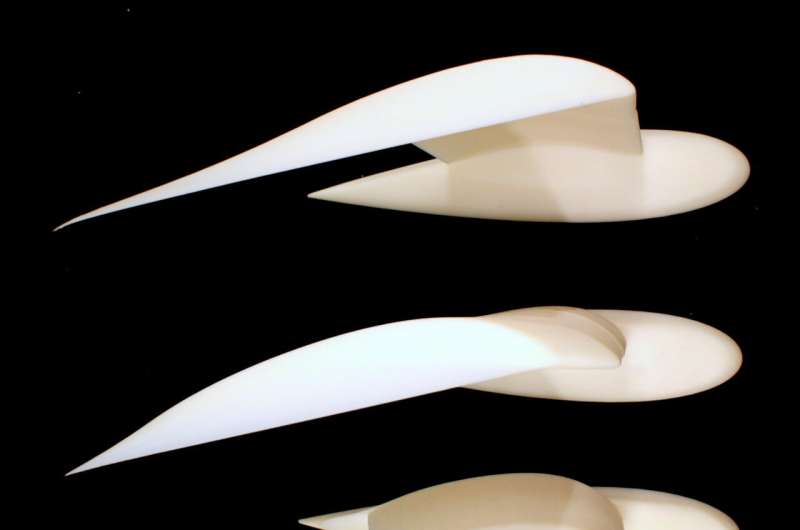 The new study builds on this work, bringing together aerodynamic studies using 3D printed models of gulls and gull wings in a wind tunnel, with computer modeling of inertial forces to understand how gulls achieve stability along their long axis (falling or rising).

Gulls can adjust how they respond to perturbations in that axis by adjusting their wrist and elbow joints, and morphing the shape of the wings, they found. The team was able to predict the gulls' flying qualities and how rapidly they can recover from a perturbation like a gust. That reaction time also gives insights into the "controllable range" for the bird and into applying bird flight dynamics to aircraft.

"The flight qualities analysis asks: if you built an aircraft exactly like a gull, would a human be able to fly it?" Harvey said.

As uncrewed aerial vehicles, or drones, become more widely used, they need to be able to navigate complex urban environments, something birds do very well. A deeper understanding of bird flight could help improve drone designs for various uses.

Harvey will be opening her lab at UC Davis this fall. She hopes to collaborate with other campus researchers, including the California Raptor Center and researchers working on insect flight at the College of Biological Sciences.

"There are so many open questions about bird flight," she said, "I'm looking forward to seeing what else is out there to discover."

Source: https://techxplore.com/news/2022-09-bird-flight-eye-uncrewed-drones.html
We use cookies to ensure that we give you the best experience on our website. If you continue to use this site we will assume that you are happy with it. Ok