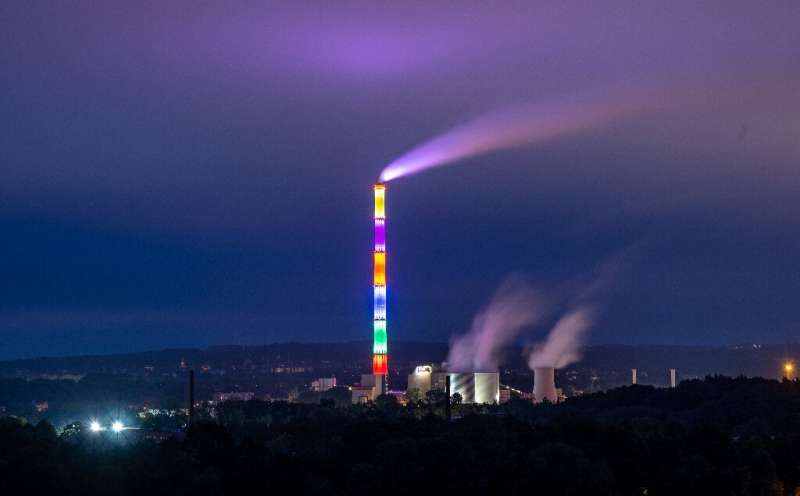 The energy market has been upended by Russia's invasion of Ukraine.

Germany said Monday it would keep two nuclear plants on standby beyond the end of the year in a policy U-turn, as the shut-off of Russian gas supplies sends Europe scrambling for energy sources.

The plants would be kept in reserve to potentially "make a further contribution to the electricity grid in southern Germany", where the development of renewable power was lagging the north.

Habeck said such a crisis was still "extremely unlikely" and assured that Germany had a "very high security of supply".

The Green minister also underlined that Germany was not wavering from its plan to move on from nuclear energy, with all plants being unplugged from the grid at the end of the year.

"New fuel rods will not be put in and after mid-April 2023 it is also over for the reserve," Habeck said.

An initial stress test in March had found that the remaining nuclear fleet was not needed to ensure energy security, leading to the conclusion that they could be phased out by year's end as originally planned.

But the electricity market has since been upended by Russia's invasion of Ukraine, with power bills soaring in part because Moscow has slashed energy supplies to Europe.

"War and the climate crisis are having a very concrete impact," Habeck said, referring to a summer drought that has dried up Germany's rivers and impeded fuel transport.

Extending the lifetime of the plants, which account for six percent of the country's electricity output, has set off a heated debate in Germany, where nuclear power has been a source of controversy stretching back before Merkel's decision.

The move is especially sensitive for Habeck, whose Green party has its roots in the anti-nuclear movement.

But Germany has already moved to restart mothballed coal power plants and fill gas storage ahead of the winter to guard against an energy shortfall.

Last week, Russian energy giant Gazprom said it would not restart gas deliveries via the Nord Stream 1 pipeline Saturday as planned after a three-day maintenance, pinning the blame on Western sanctions.

"Problems with pumping (gas) arose due to sanctions that were imposed against our country," Kremlin spokesman Dmitry Peskov told reporters Monday.

Germany no longer takes Russian supplies into account in its energy security considerations, said Habeck, saying it was "not a surprise" that Moscow did not restart gas flows via Nord Stream 1.

"The only thing that is reliable from Russia is lies," he said, adding that "we will have to solve our problems without consideration of (Russian President Vladimir) Putin's erratic decisions, and that's what we will do."

Swift government action meant Germany would "get through this winter" with the energy it needed, Chancellor Olaf Scholz said Sunday.

But soaring bills meant "rapid" changes were needed to the electricity market at a European level, he said at the unveiling of a 65-billion-euro ($65-billion) inflation relief package.

Hundreds of demonstrators rallied in the eastern city of Leipzig on Monday evening to protest what they see as the insufficiency of the government's support measures.

The demonstrations called by the far-left Die Linke party could mark the start of a "hot autumn" of protest in Germany as bill payers feel the squeeze from rising prices.

France, which has long leaned on nuclear power, is itself struggling after a number of its reactors were shut down due to corrosion issues.

Other countries have re-evaluated their stance on nuclear energy in the wake of the Russian invasion, including disaster-struck Japan.

Japanese Prime Minister Fumio Kishida called at the end of August for a push to revive the country's nuclear power industry, and build new atomic plants.

Source: https://techxplore.com/news/2022-09-germany-nuclear-standby-energy-u-turn.html
We use cookies to ensure that we give you the best experience on our website. If you continue to use this site we will assume that you are happy with it. Ok