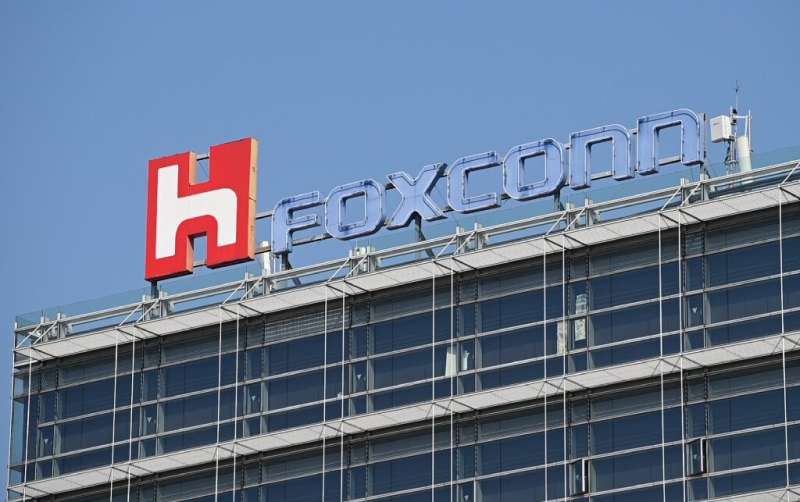 Most of its factories are in China including the eastern city of Zhengzhou, where lockdowns were imposed last month as part of Beijing's zero-COVID policy after a spike in infections.

Violent protests by workers subsequently erupted over salaries and conditions at the plant, which Foxconn later blamed on a "technical error" in its payment systems.

Hundreds of workers marched in Zhengzhou—dubbed "iPhone City" as the home of the world's biggest factory for the smartphone—with some clashing with riot police and health personnel in hazmat suits.

Foxconn said in a statement Monday that it was working with the local government to ensure safe production and "making every effort to protect" the rights and interests of employees.

"At present, the overall epidemic situation has been brought under control, with November the most affected period," it said.

It reported revenue in that month fell 11.4 percent on-year and 29 percent from October.

The company said the outlook for the final three months of the year was expected to be "roughly in line with market consensus" but did not give figures.

Foxconn earlier said it was revising down its outlook for the last quarter. Some analysts have predicted sales could drop as much as 20 percent.

Testing requirements were relaxed in Beijing and other Chinese cities including Zhengzhou on Monday as the country tentatively eases out of its zero-COVID policy, which has sparked protests across the nation.

Source: https://techxplore.com/news/2022-12-taiwanese-iphone-maker-production-protests.html
We use cookies to ensure that we give you the best experience on our website. If you continue to use this site we will assume that you are happy with it. Ok