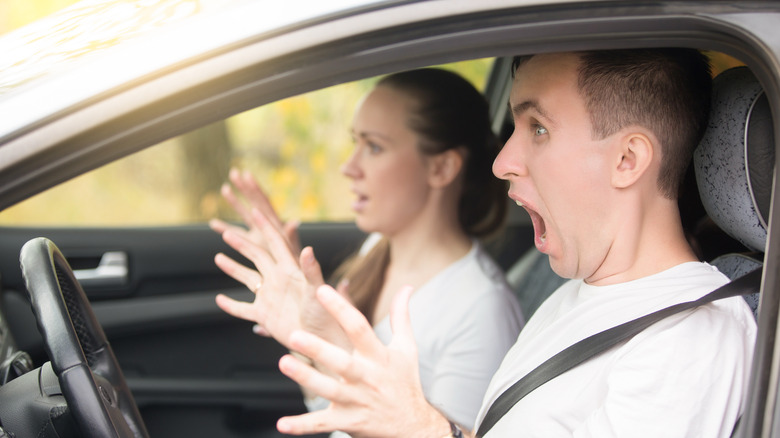 When it comes to bizarre inventions, this absurd pedestrian scooper takes the whole carriage. Car safety technology saw a dramatic improvement in the 21st century, but in the '30s, things were a lot different. This was a time before the first car with a three-point seat belt system even came to be. While seat belts prioritize the safety of passengers inside by minimizing the effects of inertia, it does little to cushion the impact dealt to pedestrians outside. That's why in the '30s, two Sheffield engineers came up with an invention to address just that, with the help of their bizarre pedestrian-catching contraption, as showcased by a YouTube video from British Pathé.

Using a retractable net akin to the front shovel of a backhoe loader, the inventors hoped to keep pedestrians from being fatally wounded during a collision. However, much like an odd lifesaving concept car in the '50s, this idea never really caught on in the world of car safety equipment. Some might be wondering, does this strange pedestrian scooper actually have any potential in a real car crash scenario? Sure, it might have been a mildly entertaining notion at the very least, but there's a good reason why it ultimately failed to convince adopters.

How effective was this bizarre car safety feature? 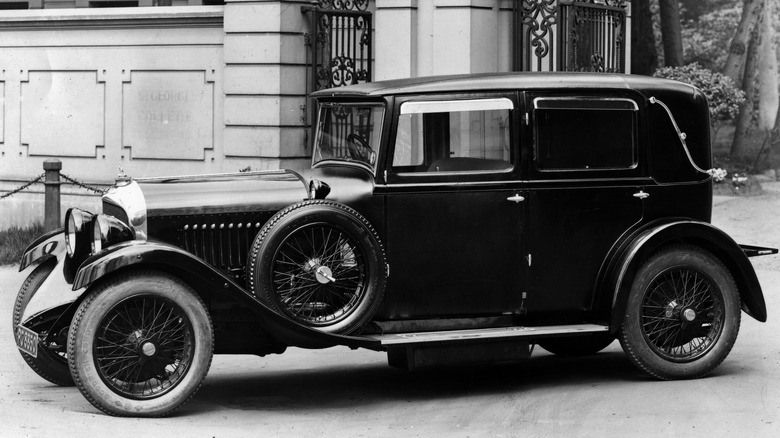 What the pedestrian scooper tries to accomplish isn't necessarily to keep pedestrians from getting hit; rather, it's to simply prevent them from being run over, according to the British Pathé YouTube video. The thing is, this rudimentary form of car safety technology only sounds good on paper, and its real-life execution leaves a lot to be desired. So, how does it work, exactly? Well, it starts with installing a metallic bar containing the contraption as either an add-on to a car's front bumper or as its replacement. If the driver foresaw a possible collision, he would push a lever under the car's steering wheel, deploying a safety net to catch an unsuspecting jaywalker relatively unscathed. According to Bloomberg, there are many things that could go seriously wrong if the pedestrian scooper were to be used in such a scenario.

The sheer weight and speed of the vehicle alone would likely end in pedestrians receiving concussions upon impact on the net's metallic rim. On the other hand, if a driver deploys it a second too late, it would also end in the same lethal outcome. Of course, this was still tamer compared to car safety tech back in the '20s. During that period, vehicle safety merely consisted of using chair-like bumpers to catch pedestrians, possibly breaking their legs. Another YouTube video shows a certain Dr. Clifford's "Autosaver" invention, which basically acts as a rolling pin that spins pedestrians around like pizza dough, again, likely producing similar results.

How car safety technology has evolved 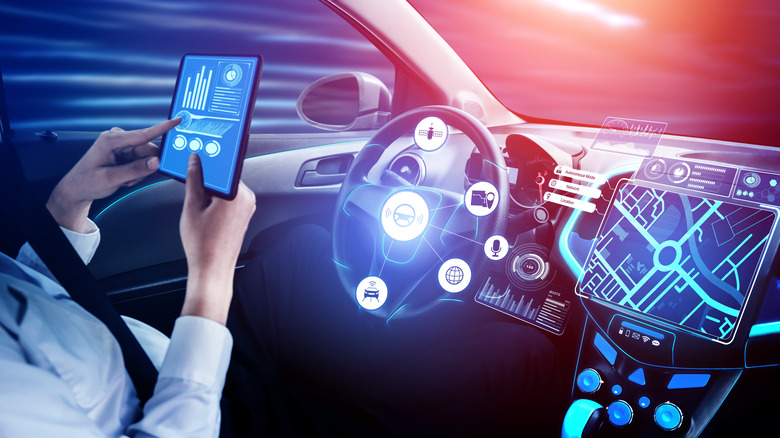 Instead of dealing with vehicle-stricken pedestrians, modern car safety measures try to avoid putting them and the driver at risk in the first place. Compared to older cars in the '50s, the average vehicle in 2012 had over 50% lower fatality risk, saving 600,000 lives within 62 years (via NHTSA). This is thanks to evolving car safety technology, some of which have even become standard in every newly produced vehicle. Among these features is Driver Assistance, which can avoid collisions altogether by automatically applying brakes for the driver. Backup cameras have also been a requirement for every car from 2018 onward, while Electronic Stability Control — a safety feature that reduces spin-outs — has been mandatory for newer cars since 2011.

Advancements in vehicle camera tech gave way to massive breakthroughs in terms of car safety. Nowadays, better, clearer car cameras do everything, from looking out for incoming collisions to providing blind spot detection — a feature that, we argued, should've been turned into a standard feature in every vehicle moving forward. That said, car safety has certainly come a long way from simply urging pedestrians to brace for impact as they're subjected to dubious experimental tech like barbarians. Who knows how bad things would've been if drivers made a sport out of who scooped up the most pedestrians for the day, right?

Source: https://www.slashgear.com/994035/the-bizarre-history-of-the-pedestrian-scoop/
We use cookies to ensure that we give you the best experience on our website. If you continue to use this site we will assume that you are happy with it. Ok