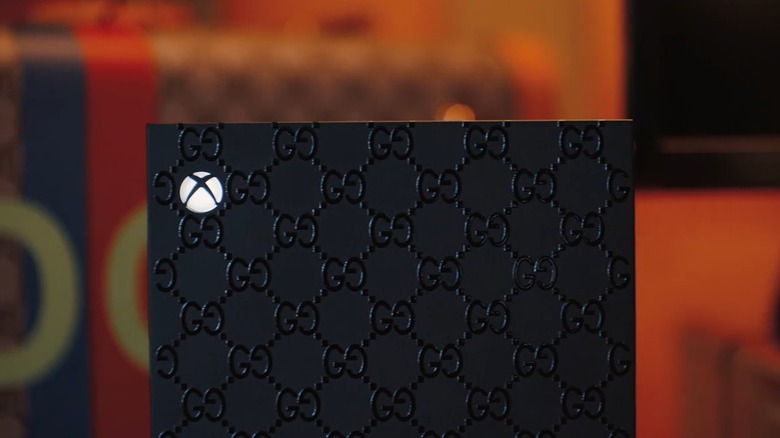 As long as companies make and sell products, there will be endorsements, limited editions, and insanely high retail price tags — even if said endorsements or limited edition products make absolutely no sense whatsoever. In November 2021, the House of Gates hooked up with the House of Gucci to drop one of the least needed iterations of the Xbox to ever hit the market... which also happened to be the most expensive version of the über-popular gaming console ever made. What made this an even bigger head-scratcher was, at the time, just finding a regular ol' (albeit new) Xbox Series X was like buying the winning Mega Millions lotto ticket while finding the pot of gold at the end of a rainbow. And this was almost a year after its initial release to the public!

So why drop a version of the console at a time when supplies were still short for the base model that quite literally only the rich and famous — "affectionately" referred to as one-percenters — would have the dough to purchase? It's not so much about the money as it is about the publicity. Owned by the French luxury group Kering, Gucci brought in approximately €9.73 billion in 2021. Microsoft, meanwhile, generated $168 billion in revenue in 2021. Neither company was hurting for the additional revenue this limited edition box of fashionable tech would bring them. 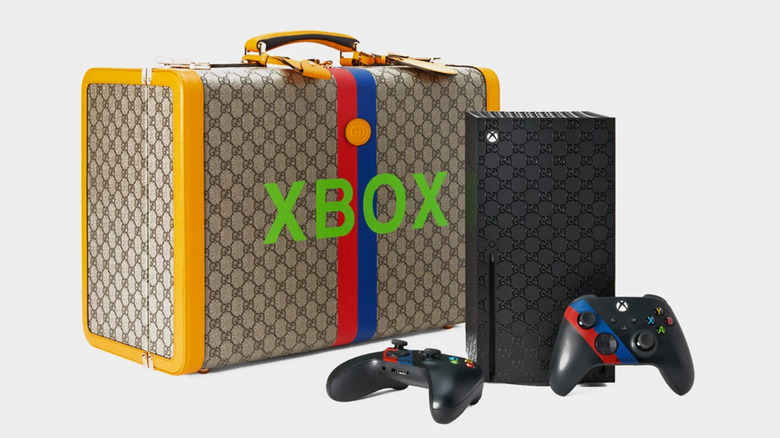 And by limited edition, we mean only 100 of these Gucci-emblazoned models were made. Each one of the Xbox Series X consoles had the double GG logo, initially inspired by the Gucci rhombi design from the '30s, laser etched across their black cases. It came with two wireless controllers featuring the red and blue Web stripe and a handy carrying case reminiscent of Gucci's famous luggage. On the bottom of the case are the words Good Game.

The karma is strong here because the ubiquitous gaming slogan tossed around at the end of a multiplayer match is Good Game, typically distilled down to two letters: GG. Incredibly, these letters also happen to be the exact initials of Gucci's founder, Guccio Gucci. Oh, Xbox by Gucci, indeed. Goosebumps, right?

This Frankenstein's monster of a marketing idea came about because folks at the respective juggernauts thought that since Gucci was celebrating its 100th year and Xbox was commemorating its 20th, they should team up and create a once-in-a-lifetime limited-edition collaboration, one that debuted with a retail price of $10,000 each. All 100 sold out on Gucci's website (the only place you could buy them). However, auction site StockX has a few for sale ranging from as little as around $7,000 to over a gobsmacking $17,000. When you're a one percenter, you really do have money to burn.

Source: https://www.slashgear.com/989617/the-limited-edition-gucci-xbox-series-x-is-the-most-expensive-xbox-ever-made/
We use cookies to ensure that we give you the best experience on our website. If you continue to use this site we will assume that you are happy with it. Ok