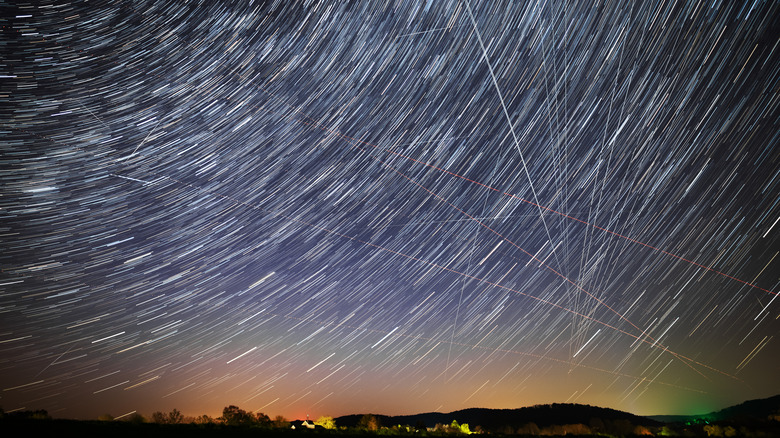 SpaceX's Starlink is an ambitious project to provide global broadband internet access, even to rural and remote areas that aren't currently well served (or served at all) by traditional broadband providers. To do that, it uses a network of satellites located in low-Earth orbit, which is currently thousands strong and is projected to rise up to 12,000 satellites over the next few years (via Space). Starlink is already operating in a number of countries and has even been used to provide internet in emergency situations, such as in Ukraine following the Russian invasion there. However, not everyone is pleased by the idea of satellites providing global internet — and astronomers, in particular, are worried.

The issue is the use of many satellites working together in what is called a satellite constellation. SpaceX is just one company working on this concept, and Starlink will be joined by other constellations such as those from OneWeb, Boeing, and Amazon. These projects don't just involve launching one or two satellites, but thousands of them, and each satellite launched causes a potential problem for astronomers. The big issue is that satellites, being made of metal, are highly reflective. When sunlight hits them, it bounces off and makes the satellite very visible when looking closely at the night sky. This is particularly a problem immediately following launch, and images captured by ground-based telescopes show bright streaks of light caused by recently launched satellites. These streaks interfere with scientists' ability to look at the sky for data from beyond Earth.

Problems caused by too many satellites 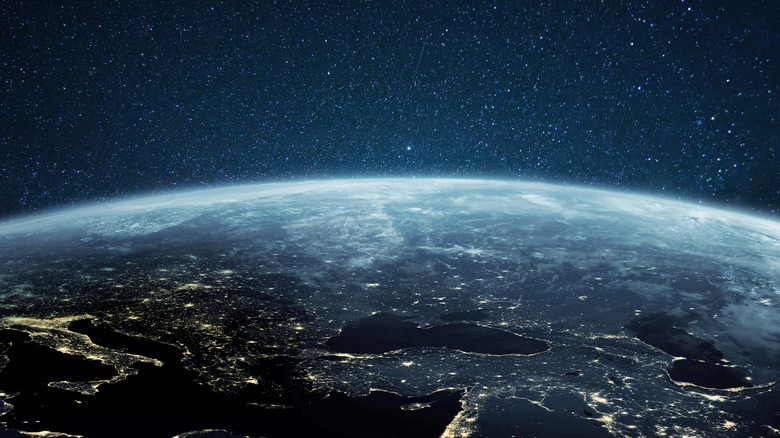 The reflective satellites aren't the only problem, though. The second problem caused by satellite constellations is interference with radio telescopes. Radio telescopes can detect very faint radio waves from very distant sources, so they have to be extremely sensitive. There are rules about which radio frequencies hardware can operate at, but there is a problem called frequency bleed in which satellites give off a small amount of radio waves at frequencies beyond which they operate at. This bleed adds to background noise which makes it harder for radio astronomers to get their sensitive data (via The New York Times).

Finally, there's one more problem, although this isn't unique to satellite constellations. It's the problem of space debris, in which there is an increasing amount of junk floating around in the space beyond our planet, which will eventually make it harder and harder to explore space. More satellites could mean more debris unless companies are diligent about making sure their satellites are responsibly de-orbited once they are no longer in use. As the International Astronomy Union points out, being able to look up and see the stars is important not only for scientific research but also for human well-being. From the rights of people to admire the natural beauty of the stars to the important role the night sky plays in the cultures and religions of many indigenous peoples (via Nature), astronomers are raising concerns about the ways in which companies could be threatening the principle of quiet skies by launching so many satellites.

Source: https://www.slashgear.com/993583/why-astronomers-are-worried-about-starlink-and-other-satellite-constellations/
We use cookies to ensure that we give you the best experience on our website. If you continue to use this site we will assume that you are happy with it. Ok